"At NJM, we’re focused on delivering superior value to our customers by exceeding expectations with high-end equipment and the best service in the industry. These high standards defined our young company 100 years ago, and we're proud to continue the tradition by constantly evolving and improving," said Michel Lapierre, President of NJM Packaging. "Thanks to our best-in-class technologies and a culture that supports strong customer relationships, our future looks brighter than ever."

The company was founded in 1915 as New Jersey Machine, then merged with Charles Lapierre Inc. and was renamed NJM/CLI in 1996. The company was rebranded as NJM Packaging in 2011.

In 1935 the AMA National Packaging Expo held the first packaging show where NJM was one of two exhibitors. When the PMMI was founded in 1933, NJM was one of the five founding members. Abbott Labs purchased the first Pony Label Rite® glue labeler in 1937.

Thermo sensitive adhesive coated paper revolutionized 'no glue' labelers as a Pharma 'no mix up' labeling project with Pfizer / Wyeth needed a solution for problems with cut & stack labels. Art Schaefer joined NJM in 1946 and was President from 1979 to 1986.

Charles Lapierre Inc. (CLI) was founded in Montreal, Canada. Charles was President of CLI from 1965 to 1991. NJM built a new manufacturing plant in Lebanon, NH. Linc Jepson joined NJM in 1965 and was NJM President from 1987 to 2004.

The Mustang® was the most successful cold glue automatic labeler ever offered by NJM becoming a forerunner for cold glue labeling in the wine industry. With the rise of pressure sensitive labeling in the early 1980’s the AutoColt II was sold to Sherman Labs labeling contact lens solution. The Lebanon Manufacturing plant expanded as business grew. Strip Stik was patented in 1983 for pre-folded literature labeling and the first machine was sold to Charles Pfizer in Brooklyn, NY. NJM showed their leadership in pharmaceutical labeling by developing the punch hole verification system to prevent the wrong label from being applied to the product. 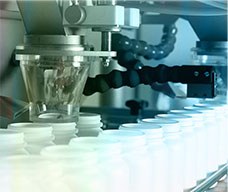 CLI began their partnership with Cremer in the Netherlands for solid dose packaging. The Model 1230, 12-track tablet counting machine was developed. The first tablet counting line was sold to Jamieson in Ontario, Canada. 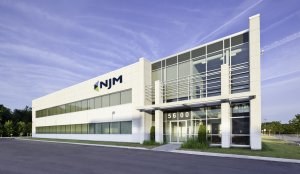 The merger between NJM Packaging and CLI meant that the new entity, NJM/CLI Packaging Systems Int’l, would be able to offer a full line of pharmaceutical packaging machines. Right out of the gate, customers were able to acquire tablet counters, cottoners, cappers, labelers, line integration, and project management. 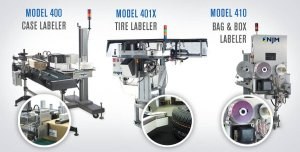 This year and after brought significant changes to the labeling and packaging machine manufacturer, starting with a new plant and culminating in a new acquisition to expand its automation capabilities.